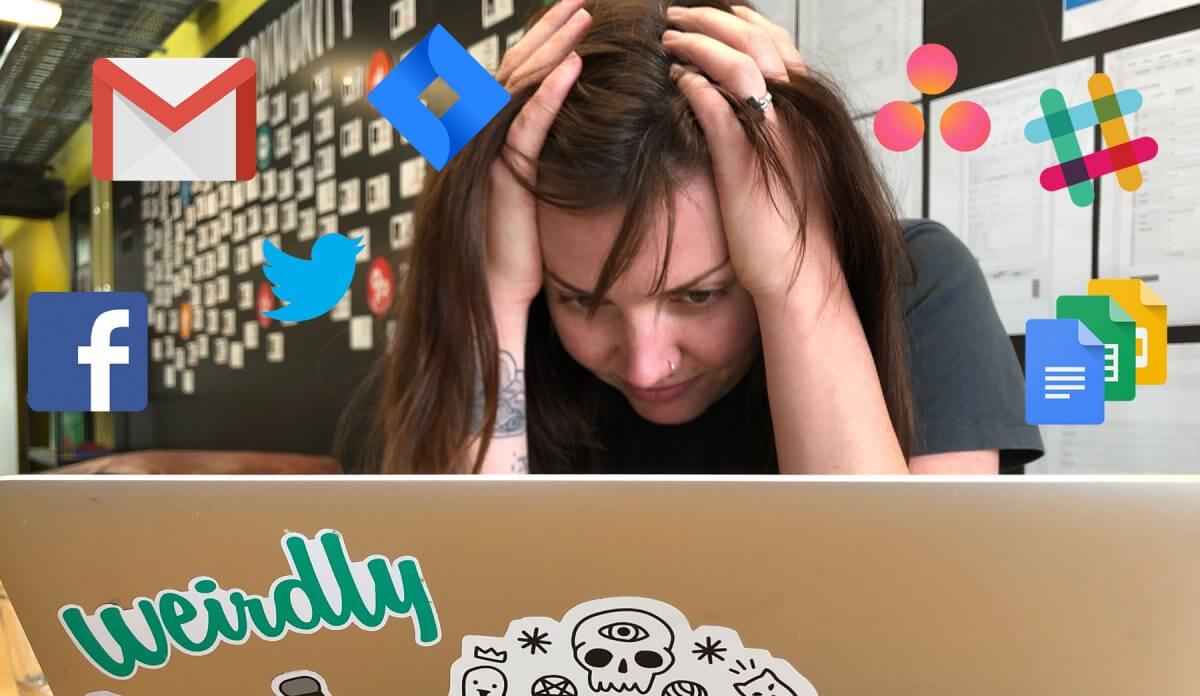 A few years back, the Weirdly team went 100% remote. Since then, we've grown (literally and figuratively), our needs have changed and we've found a kind of equilibrium - a balance between remote and not-remote, that works (so far) for the job functions and personalities we have onboard. Finding that sweet spot has been tricky at times and by far the biggest of all the challenges has been around communication.Internal comms in a remote team gets...noisy. Especially in a fast growing startup, where our lives are a constant barrage of sprints, pivots, urgent requests, deadline changes and never ending feature tweaks. It's really easy for important messages to get lost or overlooked. We've had decisions get forgotten (and endlessly discussed and re-made), leave requests go missing, and "productive conflict" turn in to actual conflict as we juggle the mess of communication platforms. Creating order from a confusion of emails, internal chat tools, collaboration apps and hangouts is a real work in progress for us.[caption id="attachment_9766" align="aligncenter" width="446"]

"If only we had some rules to make this less overwhelming!" says Santa[/caption]But over the past few years of testing, we've developed guidelines that work for our crew to keep communicating efficient and useful.

Step 1. Define the purpose of each tool.

Seems obvious, but think about how many different ways and places you communicate with your colleagues - in the lunch-room, at your desks, over email, in a meeting room, during your electric-bike club meetup. In the real world, our comms move organically from place to place - just like in the digital world - but there are safety nets. We can read body language to spot misinterpretation before it becomes a problem, other people can pop up with a helpful "Hey looks like you and Dale were getting some good stuff down on the whiteboard earlier - any decisions I need to know about?".In a remote team, we don't always have these safety nets and the number of places we can meet and chat and collaborate are almost infinite. It gets very messy, very fast.We found putting simple guidelines in place that broadly describe the kinds of conversation that should happen in each place has helped heaps. Of course, there's a bit of flexibility around this, but as long as everyone's aware of comms expectations, we've found it works pretty well.

Here are a few of our favourites:

Slack (public channels) - this is our most casual place. It's for talking about any work in progress that the whole team needs to know about (new sales, key feature updates, user issues) and giving heads-up around decisions or actions being taken somewhere else. It's also our place for relationship and culture building - #chuffies, jokes, pictures of dogs - the usual "office banter".Slack (DM's and private channels) - these are for more in-depth discussions - information that isn't critical or interesting for anyone else to weigh in on. This keeps the noise down in the public channels and means we're not all wading through thousands of notifications. It also give people the chance to get down REAL deep into detail without someone (ok, me) jumping in every 5mins to ask what a "dimensionality reduction algorithm" is.Video hangouts (Google and Slack) - nothing beats face-to-face sometimes and this gets us pretty close to the real deal. Team discussions, standups and meetings are done using video - with SnapCam filters optional.[caption id="attachment_9773" align="aligncenter" width="347"]

Malcolm getting in the halloween mood[/caption]Email - for confirming decisions, requesting leave or any formal admin stuff.Jira - task allocation and briefing. This is also where very technical decisions are recorded like, "Hey Malcolm, you're good to go ahead and design a novel fuzzy clustering algorithm that operates on relational input data as discussed".Google docs - for collaborating on content, spreadsheets, roadmapping - anything that you'd traditionally do around a whiteboard or a piece of paper.

Step 2. Put basic rules in place for each tool

This is a deceptively tricky one. Communication is a fluid, evolving thing and the tools people feel most comfortable using change over time. New apps get introduced, new people join the team, the types of challenges change and people get closer. Still, we've found there are some universal laws that really helped create order in the comms chaos.

This is all a work in progress of course. People have a way of ignoring communication rules that don't feel natural to them, so we're regularly checking and adjusting as our remote teams grow. That's our own golden rule we've discovered over the past 4 years: Work with people's natural behaviour, not against it.

We're always keen to hear about tricks or tips that are keeping your remote teams humming. Tweet us @weirdlyhub or @getweirdly on Instagram. And if you're interested in finding out more about Weirdly screening software, get a personal demo with one of our team.