What are organisational values, really? Examples from companies who walk their talk 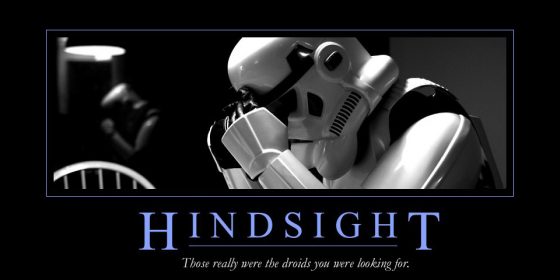 “The best companies take their core values to heart, challenging themselves every day to ensure they are truly living their values. Likewise, the companies that have core values, but don’t focus on them, often find themselves struggling financially and culturally."- Rob Dube, Forbes

What are values, really? You spend months defining just the right words, get them printed up on jazzy posters, or painted on the cafeteria wall, and then… what?Values should be the pillars on which you grow your culture and engage with your employees. By all means, get those decals designed up, but your values need to go way, way further. “Be bold” sounds cool and all, but what does that actually mean?This is important – according to Harvard Business review, “empty values statements create cynical and dispirited employees, alienate customers, and undermine managerial credibility”.Not exactly inspiring stuff.So what are the real world initiatives you’re offering your people? What are the behaviours you expect from them that show you’re really living that value? Remember these aren’t about making everyone the same – it’s saying to your people, “Here is what we believe at our heart”.

There are some pretty nifty companies out there already doing an awesome job at turning their values statements into real life, impactful policies. Here are some of our favourites.

Corporate Traveller, are all about taking responsibility and celebrating and boy, do they live those values![caption id="attachment_9550" align="aligncenter" width="464"]

Love a good confetti cannon/light show/giant balloon mash-up[/caption]They support employees taking responsibility with a unique incentive model that gives travel managers a really tangible sense of ownership over their customers. Losing (or winning) a customer directly impacts everyone’s take home pay all the way up to the CEO. That makes the team feel more like a collection of small business owners who are empowered to make and own their decisions. In many cases, business development managers also have the chance to make that feeling real – they can buy into the business and share in an additional percentage of profit each month.That expectation of ownership is also backed by heaps of training and support, so their teams are set up to succeed. Inhouse learning and development academies and wellbeing benefits all connect into another one of their values, Care For Our People. Then staff are encouraged to reflect that care back out to the customer - with budget allocated for “watermelon moments”, the extra surprise and delight teams can deliver to customers at their discretion.Successes are also celebrated – a lot. Every month, every team has a small budget allocated to get together and recognise awesome things that have happened. Those successes level up to the office-wide awards nights, and then all the way up to national and global events for exceptional achievers. The global gathering is a huge deal – this year it was held in Berlin and last year’s keynote speaker was Bill Clinton.

As one of the great, truly values-led brands out there, Patagonia are passionate about outdoor activities and want their people to be as well.Their HQ is near the beach in Ventura, California, and on days when there’s an offshore blowing and the waves are beckoning, employees are encouraged to leave the office and go for a surf – or participate in any other outdoor activity. The office even supplies a stash of Patagonia-branded towels to mop up after their sessions.[caption id="attachment_9551" align="aligncenter" width="426"]

Possibly an actual Patagonia employee, commuting to a meeting[/caption]This helps Patagonia stay true to their founding mission, with the added bonus of providing their people an easy way to test out the new apparel. It’s totally in keeping with their CEO, Yvon Chouinard’s socially and environmentally responsible belief that “Patagonia and its thousand employees have the means and the will to prove to the rest of the business world that doing the right thing makes for good and profitable business.”And when you’re one of the world’s most beloved outdoor and lifestyle brands, sometimes going for a surf is the best way to remind yourself just what that “right thing” should look like.

Unsurprisingly, one of Whole Foods' core values is about health – they’re all about promoting team member growth and happiness.[caption id="attachment_9552" align="aligncenter" width="488"]

If you work at Whole Foods and eat this, you probably get a lot of high fives[/caption]All employees are entitled to pretty great store discounts as standard – 20% in the US. But Whole Foods goes a step further. Any employees working at least 20 hours a week get medical insurance (including vision and dental) and access to initiatives that support mental health. They also incentivise their people to stay healthy with opportunities for even bigger discounts based on hitting positive health stats. These are tracked based on blood pressure, cholesterol, smoking status and body-mass-index (BMI) screenings.Employees also have access to a website that make it easy to track their own eating habits, helping create a culture of awareness, responsibility and allowing this value to live well beyond just the financial incentive.

According to Etsy itself, the company’s values are all about being “committed to using the power of business to create a better world through our platform, our members, our employees and the communities we serve".[caption id="attachment_9553" align="aligncenter" width="439"]

Could these be woman-engineers sharing a joke with man-engineers?[/caption]How are they bringing that mission to life? Well, one impressive initiative is to increase opportunities for female STEM careers. They launched a series of grants to support their female employees to either upskill or retrain as software engineers. By choosing the best 12 from this “Hacker School”, Etsy increased the number of women in their (traditionally male-dominated) engineer pool, as well as improving their gender diversity stats across the board.The coolest part is that overall, the initiative is making Etsy a more attractive place to apply for female engineers outside of the company. The stats for women applying to roles in Etsy’s engineering department increased from 7 to 651 which is a fairly big jump, by anyone’s standards.According to Etsy CTO Kellan Elliott-McCrea, this has had the knock on effect of attracting high-quality male engineers who, critically, also share the company’s values:

And then there’s us. As a values-assessment tool, we’d be remiss if we weren’t living our values pretty hard out.One of our biggies is about being fans of people. Everything we build is designed to positively impact lives and build people up - that goes for our customers and candidates, as well as for our own team. One of the best ways we bring this value to life internally is with the Chuffy-bot we created for our Slack team.At Weirdly, “a chuffy” is the term we use for giving someone mad props - making them feel chuffed by noticing their hard work. It’s a double-whammy in our eyes, as it rewards people for doing awesome work, as well as encouraging people to notice and give positive feedback on an incidental, day-to-day basis.When someone notices another team member doing something awesome, they throw a message in the Weirdly Slack team’s #chuffy channel. Our Chuffy-bot adds a funny compliment and the person gets notified that someone’s stoked with their work.[caption id="attachment_9554" align="aligncenter" width="423"]

Chuffybot: guaranteed to awkwardly bring up your ex at work[/caption]To tie it in to the rest of our Weirdly values, each chuffy gets tagged with one of our custom “values” emojis. That way everyone in the team can see which value that person has been caught living up to. On a more general level, we can also see which values we’re performing at strongly as a team, and which ones are not being lived or recognised quite as often.It’s an awesome policy that helped us evolve our early-days obsession with celebration and confetti cannons, into a more remote team friendly approach.

Time to climb down from out of the decals, guys.

So, where are your values? Sitting up on the wall in your boardroom for people to ignore? Or are have you turned them to living, breathing actions that fuel the very core of your company? We know, really truly, that values-driven companies are successful ones - customers love you, your team love you, and you’ll find it easier to make decisions about the future of your organisation. Those are some sweet wins all around. So, now’s the time. Take a lead from these awesome values-led companies, get your values down off the wall and into technicolour.

Weirdly’s all about helping you seamlessly build your values into the heart of your recruitment process. If you’re keen to find out how our simple software could help you do just that, grab a demo now.